Louise Lecavalier joined La La La Human Steps in 1981 in its production of Oranges, and brilliantly held the company’s banner high until 1999.

She danced in Businessman in the Process of Becoming an Angel (1983), Human Sex (1985), New Demons (1987), Infante, c’est destroy (1991) and finally, in 2 (1995) and Exaucé/Salt (1998), in which she achieved a rare maturity as a dancer. As the company’s emblem and luminary for nearly two decades, Louise gave herself heart and soul to her art. She embodied dance on the outer edge, performing with passion and unrestrained generosity, dazzling audiences worldwide. She has been described as “the most tragically brilliant dancer alive today.” (Melody Maker, London). “The essence of La La La Human Steps. Often imitated, never equalled. She remains the untamable platinum-blonde rebel, refusing all chains. For her, dance is an act of sharing.” (Le Monde, Paris).

The symbiosis that existed between Louise Lecavalier and Édouard Lock allowed them to pursue an artistic adventure that was exceptional in the world of contemporary dance. In their shared intense search for movement, from one work to the next, the two developed and refined a complex, highly energetic dance idiom. 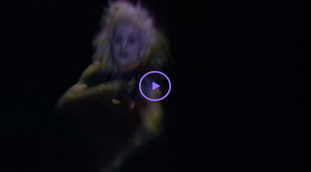 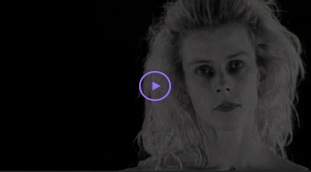 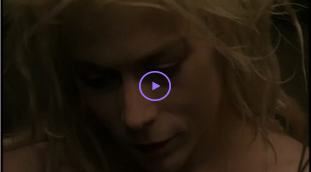 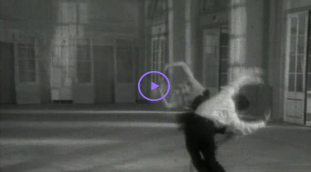 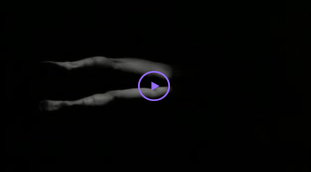 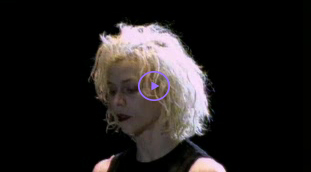 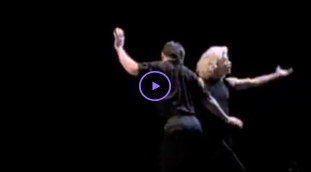 Louise Lecavalier participated in important collaborative projects during her career with La La La Human Steps: a duet with David Bowie, choreographed by Édouard Lock, performed at a benefit concert for London’s Institute of Contemporary Arts and presented in Wrap Around the World, an event conceived par Nam June Paik and broadcast simultaneously in several countries; a duet with Carole Laure in the videoclip Danse avant de tomber in 1989; guest artist, with Donald Weikert, in the main legs of the world tour of David Bowie’s Sound and Vision concert in 1990; in The Yellow Shark concert by Frank Zappa and the Ensemble Modern of Germany in Frankfort, Berlin, and Vienna in 1992; participation, with Édouard Lock, in the documentary Inspirations, a Michael Apted film on creation that also featured painter Roy Lichtenstein, singer David Bowie, and architect Tadao Ando; and finally, parallel to her dance career, Louise acted in Strange Days, a film directed by Kathryn Bigelow in Los Angeles in 1994.

In May, 1999, Louise Lecavalier ended her fruitful collaboration with Édouard Lock. 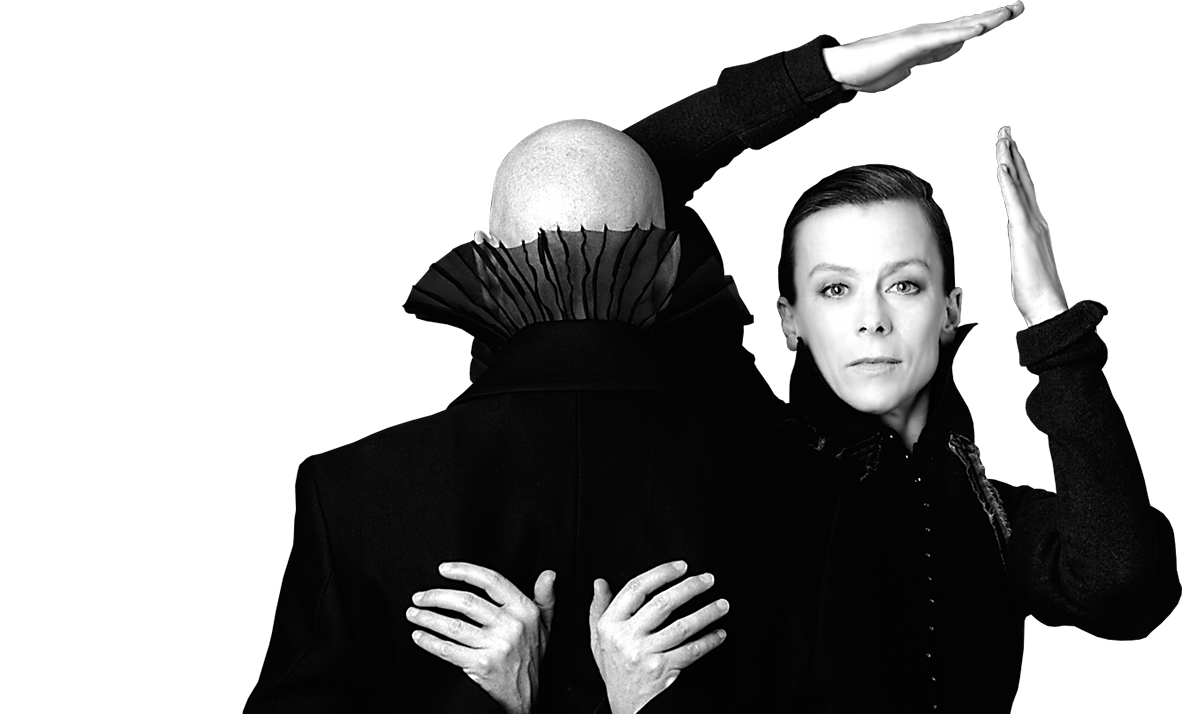 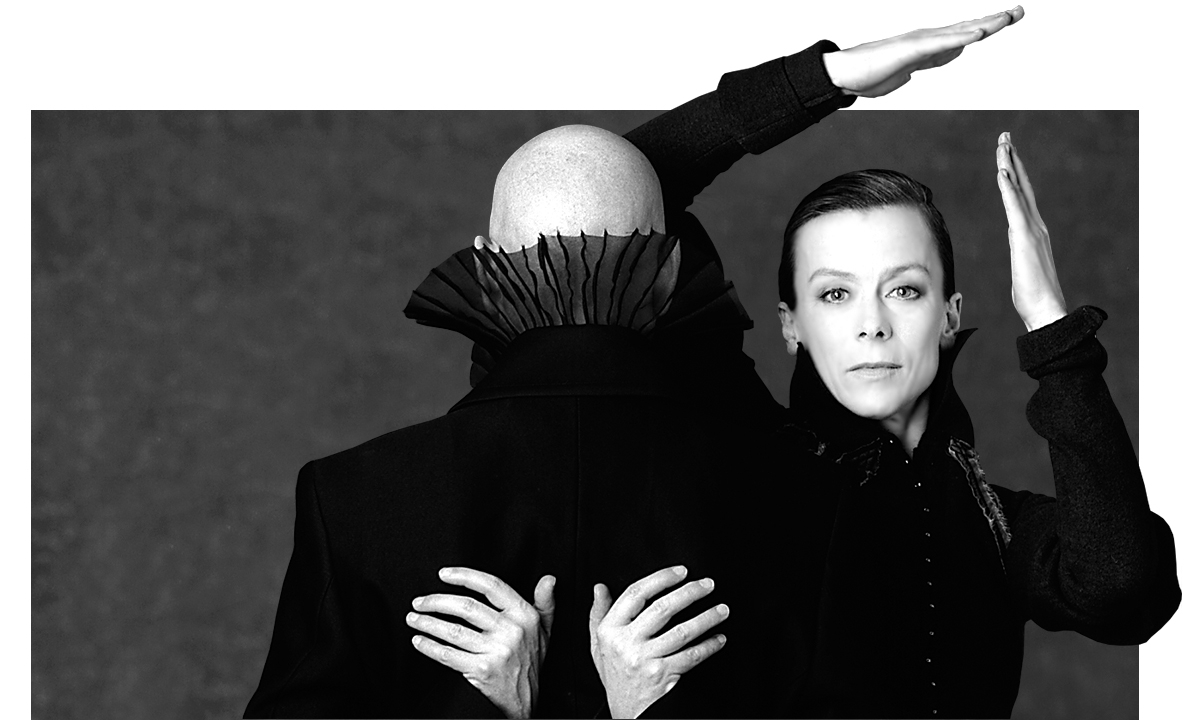 In March, 2003, Louise returned to the stage, performing in Reclusive Conclusions and Other Duets at the National Arts Centre in Ottawa, a program of three duets in which dancers Margie Gillis and Mako Kawano also joined choreographer and dancer Tedd Robinson. Robinson created the duet Lula and the Sailor for Louise and himself, a finely-wrought piece with a live musical score by saxophonist Yannick Rieu that was later integrated into the score for Cobalt rouge.

During the following two years, Louise had a further occasion to collaborate with Tedd Robinson when he created Cobalt rouge for her, a theatrical piece of quick, nervous movements, with music by Yannick Rieu. Says Tedd in a humourous vein:

“To try to define the choreographic work Cobalt rouge, one might say that there are present: bowls, a dress, some coats, a saxophone, a saxophonist, pants, shirts, light, and dancers performing a lot of movements. The narrative evolves through the relationships that develop among these people and these things—a series of moving imagery leading to unanswered questions, or a small incision of the ocular nerve of life, cutting through time, like Virginia Woolf’s Orlando.”

In 2006, Louise Lecavalier worked on the creation of the solo “I” Is Memory, choreographed for her by Benoît Lachambre, and the solo Lone Epic, with choreographer Crystal Pite. These two solos, as well as the duet Lula and the Sailor, form a complete program that has since toured Europe, North America, and Japan.

The duet Is You Me, a repeat collaboration between Louise Lecavalier and Benoît Lachambre, was created in spring 2008 at Festival TransAmériques in Montreal and performed 54 times in international tours until the summer of 2011. The double bill made up of Children, a duet conceived by Nigel Charnock, and A Few Minutes of Lock, three updated duets by Édouard Lock, has been presented 85 times between 2009 and 2013 in North America, Europe, Brazil, and Australia. In 2011-2012, Louise Lecavalier created So Blue, the first work she choreographed entirely herself. This intensely personal, singular, and innovative piece premiered at tanzhaus nrw in Dusseldorf in December, 2012, and was followed by Battleground in 2016. Both So Blue and Battleground continue to be presented in extensive international tours. In March 2018, Louise created and performed the dance segment of the play Les Marguerit(e)s, directed by Denis Marleau and Stéphanie Jasmin and presented at Espace GO, Montreal. 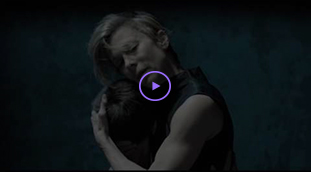 In 2013, Louise Lecavalier was principal performer in the short film, Off Ground, a poetic, intimate dance between a young boy and his dying mother. Directed by Boudewijn Koole from a Jakop Ahlbom choreography, the film’s numerous prizes included the Audience Award at Festival Cinedans 2013 in Amsterdam and the Award for Creativity at the 32nd Montreal International Festival of Films on Art. 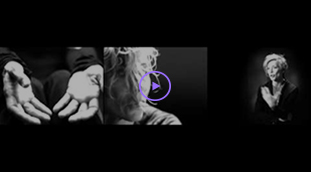 Louise Lecavalier stands out in Corps rebelles, an exhibition, presented at Quebec City’s Musée de la Civilisation in 2015-2016 and at Musée des Confluences in Lyons in 2016-2017. In it, she embodies virtuosic dance, her body magnified in all its glory, pushing its limits even as it reveals its fragility and poetry. 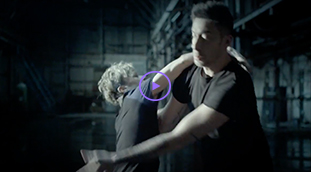 A documentary on Louise Lecavalier directed by Raymond St-Jean and produced by Michel Ouellette (producer of two other films spotlighting the dancer, La La La Human Sex duo no 1, 1987, and Velazquez’s Little Museum, 1994), was broadcast by ZDF/ARTE, the European culture TV channel, in January 2018 and was released in cinemas in Montreal, Quebec City, and Sherbrooke at the end of March 2018. Illustrated by dance scenes recreated especially for the camera, the film is a mosaic-like, close-up portrait of the artist, who mines her own life to nourish her art, through joys, encounters, friendships, and challenges.

First Canadian to win a Bessie Award in New York

Named Officer of the Order of Canada

Named Companion of the Ordre des arts et des lettres du Québec, among 35 personalities honoured for broadening the impact of Quebec’s achievements in arts and culture